Egbuson, who was recently nominated for the best actor category in the AMVCA, had taken to the microblogging site to mobilize his fans so they can vote for him.

The lady, however, blasted the actor, stating that he is riding on the fame of his sister, Dakore Egbuson-Amanda.

Angered by this, the male actor lambasted the web user and released a screenshot of the messages the lady had sent to him privately.

It appears the actor had ignored all her messages so she was trying to get back at him. 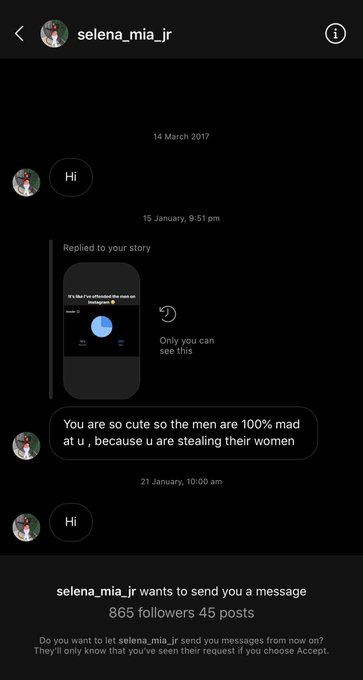